Also called grey gerygone, grey warblers are small, shy, grey-brown birds living under cover in the foliage of trees and hedges. It prefers forest edges and avoids open country but can be found in city gardens where there are enough tall shrubs and leafy trees for it to find shelter and insects to eat.

You may hear them often as they are widespread. If you listen carefully and learn to recognise their song you may spot them. When they are so busy feeding a cuckoo chick they can forget you are watching. They are smaller than a sparrow and one of the lightest New Zealand song birds. They eat insects which they catch in mid air, spiders and small grubs.

When they build their hanging nest the entrance is always on the opposite side to the prevailing wind. Shining cuckoos arrive in New Zealand just after the first clutch of riroriro chicks has fledged. They lay a single egg in the warbler’s nest leaving the tiny riroriro to raise a supersized chick. The cuckoo fledges and then leaves New Zealand to winter in the Solomon Islands. It returns in spring and the cycle begins again.

The endemic Chatham Island species is a larger sized bird with a distinct colouring and different habits. It can sometimes be spotted in open countryside and shining bronze cuckoos choose them to foster parent their chick. 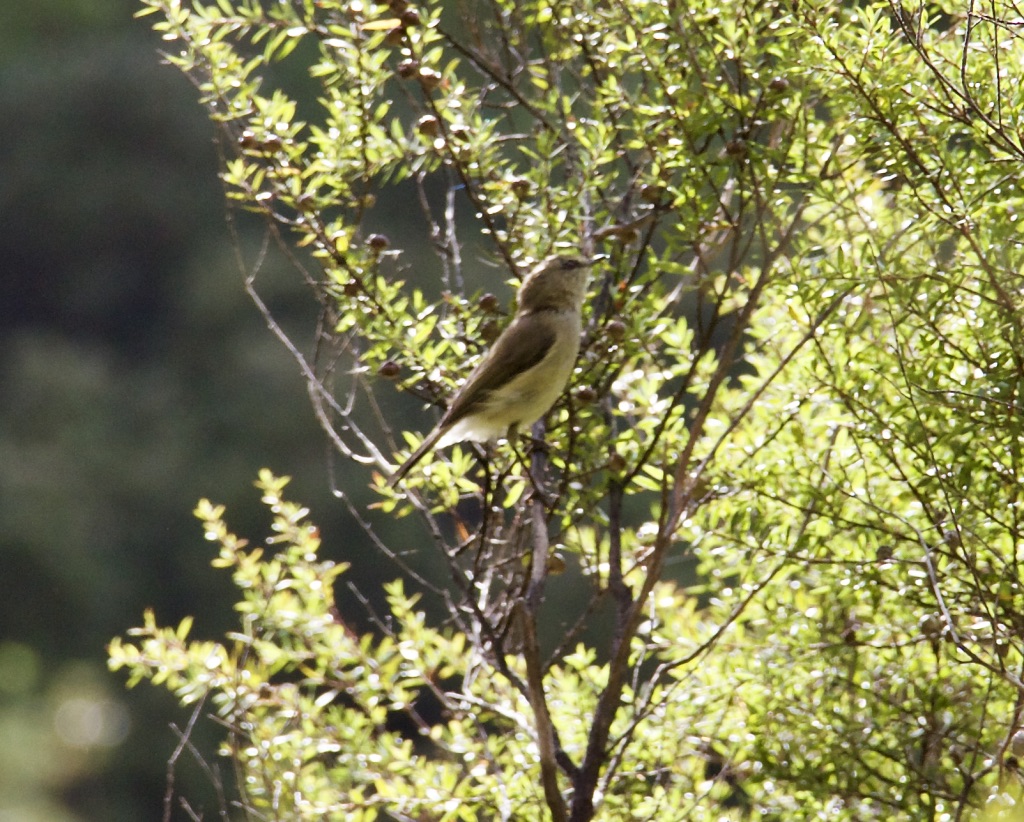