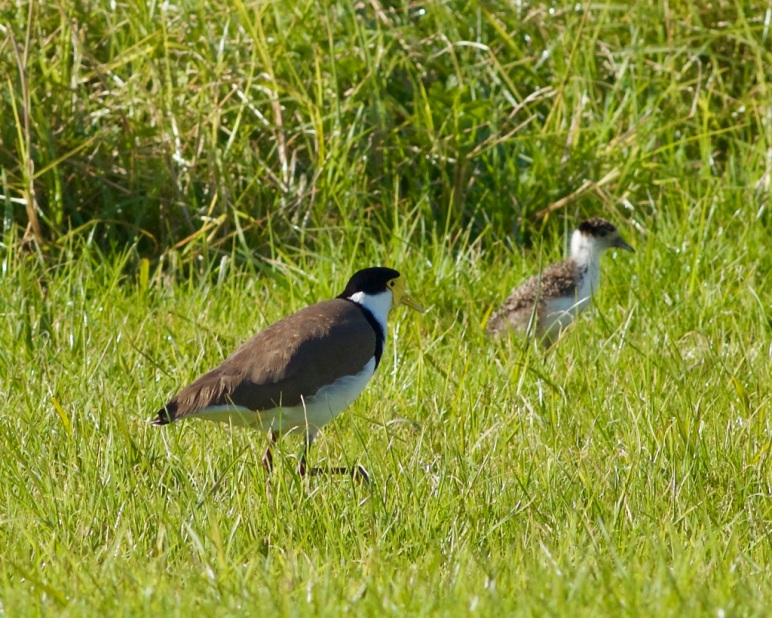 July is often the time when birds start to build nests and lay eggs. It can also be very cold at that time of year.

I discovered a pair of spur-winged plover guarding their very cute chicks on one of the coldest days of the year. They must have been only one or two days old, tiny balls of fluff on long legs. There were six of them and both parents were on guard duty. 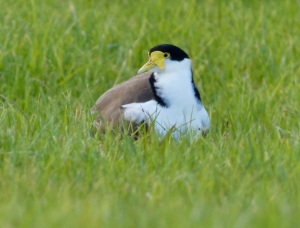 Later when I passed them again the chicks were all sheltering under a parent’s wings, which were draped over them like a snuggle blanket. The other still on guard duty nearby.

The next day the chicks seemed twice as big but there were only 3 left. Perhaps the harrier hawk which patrols the sky above found them and made a meal of them or they got lost in the long grass. I have watched spur winged plovers attacking both hawks and magpies and chasing away ducks twice their size so they are not timid birds. Their alarm call whenever their territory is invaded is extremely raucous.

Life can be fragile when weather turns cold, predators lurk and you are very small. 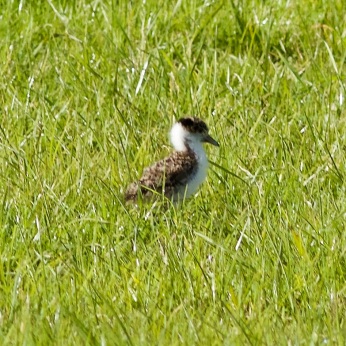 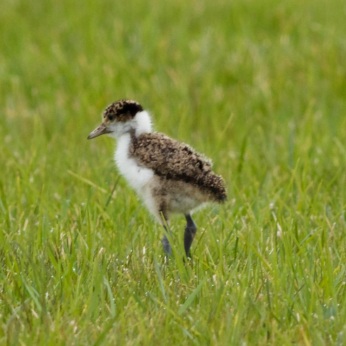